Politicised justice in Russia: the Khodorkovsky trial concerns us too 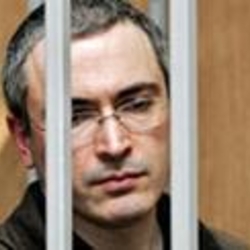 After attending the court proceedings against Mikhail Khodorkovsky and Platon Lebedev on 2 November 2009 in Moscow, Marieluise Beck (Member of the German Bundestag), Ralf Fücks (Member of the Board of the Heinrich Böll Foundation) and Werner Schulz (Member of the European Parliament) have issued the following statement:

Mikhail Khodorkovsky is now at risk of being given a further sentence of more than 20 years imprisonment before his first, eight-year prison sentence has ended. Khodorkovsky and his partner Platon Lebedev, who were imprisoned and convicted as part of the dismantling of Yukos, previously Russia’s most successful oil company, have spent the past six years in labour camps and prisons. Around 50 other former Yukos staff were also hit with criminal proceedings.

There is great uncertainty among the European public as to how this trial is to be judged. Khodorkovsky is regarded with distrust, because he accumulated billions during the years of ‘wild capitalism’ after the decline of the Soviet Union . Many Russian human rights activists, however, are convinced that the charges against him are nothing but a pretext. In my view as well, we are dealing with a political trial, which is intended to be used as a warning. The Russian justice system seized Yukos only when Khodorkovsky started to challenge the Kremlin by openly supporting the liberal opposition, turning against the wide-spread corruption and opening his company to western investors. Those ‘oligarchs’, however, who submitted to the Kremlin remained untouched.

At the same time, the criminal proceedings are intended to justify, retroactively, the dismantling of the company and the redistribution of its assets to state-controlled enterprises. The beneficiaries of this operation are located in the Kremlin or, by now, in the White House (the seat of the Russian government). By sheer coincidence, Putin’s confidant Sechin is also the head of the oil company Rosneft, the principal heir of Yukos. It is for this reason, too, that Khodorkovsky must permanently be kept behind bars. He is simply too dangerous to the new masters of the state and the economy in Russia .

Whereas, during the first trial, a sentence was pronounced on charges of tax evasion by Yukos, a second trial concerning the same issue is being held now in which Khodorkovsky is accused of the theft of the entire oil production of six years. His lawyers point out that these charges are contradictory. Where the high profits made by Yukos came from, if the whole production was embezzled, remains a mystery.

Recently the CEOs of numerous German companies were guests of Prime Minister Putin. It is unknown whether they asked about legal certainty in Russia . As the experiences of BP, Shell and lately also of IKEA demonstrate, western companies must also expect repeated arbitrary interventions. It is as short-sighted as it is shameful if representatives of the German economy obsequiously pass over the show trial of Khodorkovsky and Lebedev in order to avoid making themselves unpopular with the Russian government.

We also expect the German Government and the European Commission to voice clearly to the Kremlin and the Russian White House their concerns about the action against Yukos and to press for adherence to proceedings conducted in accordance with the rule of law. As things stand, this can only mean the abandonment of the legal proceedings and the release of the defendants.