Interview in the newspaper Die Welt: “We are losing touch with the meaning of democracy” 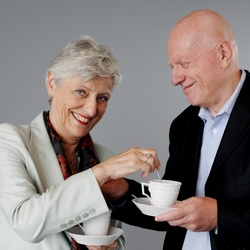