Die zeit: Executed in the heart of Europe 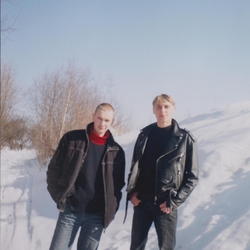 The show trial of two Belarusians reveals the brutality of the Lukashenko regime. by Marieluise Beck

For Lyubov Kovaleva, a telephonist from the provincial city of Vitebsk in Belarus, the last ten months have been a living nightmare. It started when neighbours reported her son Vladislav, an electrician in Minsk, for creating a disturbance during an all-night party. Vladislav was arrested and taken to the police station. A night of interrogation followed, during which Vladislav was apparently tortured. Soon afterwards, dictator Alexander Lukashenko appeared on television and announced that the young man had confessed to being one of the Minsk subway bombers: on 11 April 2011, he and his friend Dmitri had allegedly carried out the bomb attack which left 15 people dead and more than a hundred injured.

Vladislav and his friend Dmitri were sentenced to death. Last Friday, Lyubov Kovaleva received a terse letter from the Prosecutor General, notifying her of her son’s execution. The family was not informed of the exact date of death or her son’s final resting place. In Belarus, not only the executed are victims. The system punishes the relatives too. There is nowhere for them to mourn in dignity and remember their loved one.

The execution took place with remarkable speed after the trial, with no opportunity for the convicted men to lodge an appeal. Lukashenko was obviously keen to conceal the truth about the bombing – for nothing about this story adds up. Lyubov Kovaleva’s son had never previously attracted the authorities’ attention, and he had no contact with suspicious groups. It’s claimed that he acted as the accomplice of Dmitri Konovalov, an electrician at a tractor factory in Vitebsk. An uncomplicated man, Dmitri had met a young woman on the internet and planned to meet her in Minsk. The two friends rented a flat for three days and went on a drinking spree. It was to have fatal consequences.

Despite receiving threats from Belarus’ national intelligence agency, the KGB, Vladislav’s mother Lyubov Kovaleva turned to the outside world for help. I met her in Strasbourg. To this petite woman, the journey from the provincial city of Vitebsk must have seemed like an odyssey. The horrors inflicted on her by a twist of fate seemed to be written all over her body. Like so many who turn to the Council of Europe as the last hope in their hour of need, she felt she had nothing left to lose.

The regime, which had allowed the mother no more than an occasional ten-minute visit with her son for months, offered her a coldly calculated deal. Don’t travel to Strasbourg, she was told, and we’ll let you visit your son for a full three hours – on the day you’re due to visit the Council of Europe.

Lyubov describes her son as a broken man, his wrists in constant pain from the handcuffs which were never removed, even in prison. When she tried to complain, he shrugged with resignation – the gesture of a man who was too worn down to protest.

The court proceedings bore all the hallmarks of a show trial. It proved almost impossible to find defence lawyers who were courageous enough to represent the two young men. The video footage from the subway security cameras, played in court by the state prosecutors, was rigged. It showed a shadowy figure with a briefcase, allegedly containing the bomb – but one of the victims who was severely injured in the bombing claims that he never saw the accused or the briefcase at the scene.

Defence witnesses were silenced. The guilty verdict was based on confessions extracted from the accused under torture. Vladislav Kovalev retracted his confession during the trial, even though the KGB had threatened him to shoot him dead if he did so. He claimed that he was beaten and that the cries of his friend Dmitri from the next room had filled him with terror. It was obvious that Dmitri had been brutally mistreated during his interrogation.

The Prosecutor General claimed that the two men were motivated by a desire to “destabilize the country”. During the trial, however, factory workers Dmitri Konovalov and Vladislav Kovalev were unable to explain what the word “destabilization” actually means. The state prosecutors spotted an opportunity and pinned two other unexplained attacks from 2005 and 2008 on the young men. This meant that they could close the cases. All the evidence was destroyed straight after the trial.

As if that wasn’t enough, Mrs Kovaleva committed the “crime” of telling the world about her son’s murder at the hands of the Berarusian judicial system. She now has special units of the national security forces posted at her door. Their intimidating manner is supposed to bully her into silence.

The most likely explanation is that Vladislav Kovalev and Dmitri Konovalov were the innocent victims of a barbaric regime which, after the Minsk subway bombings, was determined to adopt a tough stance and boost flagging support for Lukashenko.

The opposition and independent civil society have been bearing the brunt of this robust approach for months. Since the crushing of protests against the rigged elections on 19 December 2010, the persecution of Lukashenko’s critics has intensified. A number of show trials have been held, with the country’s main opposition figures being sentenced to lengthy terms of imprisonment. Dissidents and critical journalists can no longer travel abroad. The entire country is gripped by a mood of fear. Very little information leaks out about the prisoners’ state of health, but there are concerns that behind the walls of the prison camps, no effort is being spared to destroy them, physically and psychologically.

In 1999 and 2000, four prominent opposition figures vanished without trace. Their disappearance is still unexplained – but according to a report by the Council of Europe, it is very likely that the four were executed. The report also claims that a trail of evidence leads to the very highest level of government. Lukashenko was already President at that time.

The West currently has no access to the Belarusian regime. Diplomatic relations have been suspended for months. The EU has reacted to the suppression of human rights by imposing entry bans on certain individuals and freezing bank accounts. In January this year, the Parliamentary Assembly of the Council of Europe urged the governments of its member states to back the EU sanctions against Belarus.

Russia is also a member of the Council of Europe. However, the Russian government rejected the recommendation to impose sanctions, claiming that these would block any opportunity to exert influence on Belarus. This might be a convincing argument if Russia had taken any action to halt the two men’s execution. Russia is Lukashenko’s lifeline. One phone call from the Kremlin would have sufficed.

Instead, the Russian government is undermining the West’s sanctions against the Minsk regime and – as its acquisition of Belarus’s gas pipeline network shows – is bent on exploiting Lukashenko’s weak position for its own economic gain.

Political impotence is hard to bear. Sometimes, all we can do, at least initially, is tell the truth and thus restore the victims’ dignity. All we have to offer Lyubov Kovaleva at present is a shred of comfort: we will not allow the crime against her son to be forgotten.