Protocol of a meeting with Lyubov Kovalyova (Belarus) 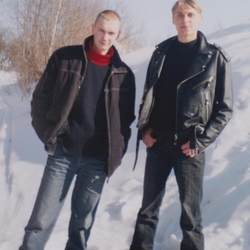 On 23 January 2012, the Parliamentary Assembly of the Council of Europe had invited the mother of Uladzislau Kavalyou from Belarus to meet with the Committee on Political Affairs and the Committee on Legal Affairs and Human Rights. I met her again afterwards for a personal discussion. She is fighting almost alone to save the life of her son and his friend, after he and a friend were sentenced to death last autumn. They are accused of carrying out the bombing of a Minsk metro station on 11 April 2011, which killed 15 people and injured more than 100.

Ms Kavalyova works as a receptionist for a wood-processing factory in Vitebsk and raised her son by herself. He moved to Minsk in November 2010, found a room and a job there, and planned to continue his education. On 10 April 2011 he was visited by his friend Dzmitry Kanavalau, who worked at a tractor factory in Vitebsk. Dmitry came to Minsk to visit a girl he’d met online. He rented an apartment in Minsk for the duration of his stay – from April 10 th to April 13 th , 2011. Uladzislau joined him there for those three days.

Uladzislau Kavalyou met Dzmitry Kanavalau at the station on April 10 th . There is video footage from the station, which is being used to suggest they were accomplices. Afterwards, the two of them partied with two young women in Dzmitry Kanavalau’s apartment from April 10 th to April 12 th . On April 10 th one of the girls left the apartment leaving one other girl (Yana Pochitskaya) with the two men. On April 12 th the neighbours called the police to complain about the noise. The police arrested the young men on the evening of 12 April and took them to the police station. The metro bombing had taken place on 11 April 2011 at 5.56 p.m.

A few hours after the arrests, questioning began   for 7 hours concerning the accusation that they had committed the terrorist attack; no lawyers were present. Uladzislau Kavalyou heard Dzmitry Kanavalau screaming in the room next to him, and was himself beaten (“tortured”). Uladzislau was only able to say this in the court room on 15 September, however, not when he first saw his mother again on 9 September, when she was unable to speak with him on topics related to the investigation and interrogations. At five o’clock in the morning of 13 April 2011, Dmitry signed a confession to a crime he hadn’t committed. Uladzislau was told to testify against Dmitry. At 9 a.m. on the same day, President Lukashenka told the media that the criminals who had wanted to “destabilise” the country had quickly been caught and had confessed. At 11.50 a.m. on the same day Uladzislau had his first “official” questioning, with lawyers present.

At first, it was impossible to find a lawyer with the courage to defend Uladzislau Kavalyou. Even two public defenders assigned by the authorities were too afraid to take on the case. The lawyer who eventually agreed on 16 May to represent Uladzislau was found by Uladzislau’s mother, after a number of attempts; aged 26-27, he is still relatively inexperienced.

Dzmitry Kanavalau’s mother has not publicly criticised the death sentence imposed on her son. She has been threatened with losing her other son and her husband if she were to take action to oppose the sentence.

Uladzislau Kavalyou testified at the trial that he was tortured and threatened to testify against Dzmitry Kanavalau. He said that the prosecutor had also threatened him before the Court hearing with being shot between the eyes (“ a green mark on his forehead ”) if he were to retract his testimony.

Uladzislau Kavalyou and Dzmitry Kanavalau have an alibi for the time of the crime. It is true that one of the young women (Yana Pochitskaya) testified in the Court that Dzmitry Kanavalau left the flat between just after 5 p.m. and was back at 6 p.m. on the day in question. But it is impossible to return to the flat from the metro station in question within four minutes and, crucially, to clean one’s clothes afterwards. If, as was claimed at the trial, Dzmitry Kanavalau was seen in the metro “armed” with a black briefcase (there is blurry video footage from the metro tunnel showing a black figure), then Dzmitry Kanavalau was so close to where the explosion took place that he would have had traces of explosives and dust on his clothes. A man who lost his legs in the attack testified at the trial that he didn not see either the man in black (allegedly Dzmitry Kanavalau) or the black bag (that allegedly exploded) at the scene.

Uladzislau Kavalyou is kept handcuffed at all times while in detention. He looks like he has been mistreated. His mother has been allowed to see him once for ten minutes and once for 30 minutes his sister was allowed a visit. The execution could be carried out at any time. She was offered the opportunity to visit him for three hours on the day when she was planning to visit the Council of Europe (January 23). She travelled to Strasbourg anyway.

Ms Kavalyova has few supporters. Everyone is afraid. Fortunately, a young Belarusian working at Change.org (where Ms Kavalyova started her campaign against the death penalty) and living in exile was found to accompany her and help with translation, etc. There is hardly any money (the Council of Europe financed Ms Kavalyova’s trip to Strasbourg).

There is no motive for the attack. Dzmitry Kanavalau said at one of the interrogations that he wanted to “destabilise” the country, without being able to explain further what that meant. The video of the first interrogations shows that Dmitry can barely sit and ambulance was called in 5 times. During the trial he looked absent, he was possibly drugged. At the trial, the two men were also accused of being responsible for unsolved attacks in Minsk in 2008 and Vitebsk in 2005. This allowed the investigating authorities to finally close these open investigations too.

I am told that the case has been referred to the UN human rights committee. It has apparently asked the Belarusian authorities not to carry out the death sentences until the case has been investigated (which could take two to six years).

I believe that this is a major, cynical crime committed by the state. About 1,5 hours after the attack, Alexander Lukashenka visited the scene of the crime together with his seven-year-old son, Kolya. This means that there was barely enough time to search the scene for a second bomb. Nonetheless, Lukashenka seems to have been sufficiently confident that he and his son were safe. Members of the regime close to Lukashenka are believed to be responsible for the disappearance of four people so far. The disappearances have never been solved.