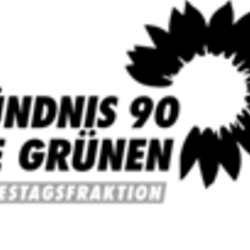 Resolution of the Green Parliamentary Group in the German Bundestag, Weimar January 12, 2011

The Alliance 90/The Greens parliamentary group calls on the incumbent Belarusian President Alexander Lukashenko to immediately release the opposition activists arrested since the elections on 19 December and end the repressive measures against civil society.

Right in front of our eyes, a political and human drama is being played out which cannot leave Europe cold. Rapid and decisive political action is needed to protect people and prevent Belarus from descending into a sinister dictatorship.
The brutal crushing of demonstrations protesting against electoral fraud by the government, the mass arrests and the persecution of the entire independent civil society in Belarus make a mockery of the values to which the European Union, the Council of Europe and the OSCE are committed. Lukashenko’s closure of the OSCE office in Minsk, which has existed since 1998, was a logical consequence of this process.

This is the record so far of a presidential election described in advance by the OSCE and EU as a “step in the right direction”. Indeed, there had been indications that the regime was opening up to a limited extent. Yet, even in the run-up to the elections, the opposite became evident. The OSCE electoral observers criticised significant shortcomings in meeting the standards required of democratic elections.

After the votes had been counted and the government had announced Lukashenko’s victory with 80 per cent of the votes, tens of thousands of protesters gathered outside the parliament. All opposition candidates had explicitly called for the protests to be peaceful. It was clear that violence would only benefit those in power. The small group of agitators who smashed the windows of the parliament building were never arrested. Instead, 700 peaceful protesters and all of the presidential candidates were detained.

Of seven opposition candidates for the presidency, four are still being held in KGB pre-trial detention facilities. Aleksei Mikhalevich, Andrei Sannikov,  Nikolai Statkevich, Vladimir Neklyayev and three other presidential candidates who are currently at liberty stand accused of inciting unrest. The maximum sentence is 15 years. Two of them had earlier sustained serious injuries. It must be feared that they are being mistreated.  Lawyers and family members are generally prevented from visiting, making it is almost impossible to obtain reliable information about their condition. The offices of many civil-society groups and the last of the independent media have been searched and some of them shut down.

All of this suggests that the intention is to destroy the opposition and get rid of its representatives. Those detained are at risk of injury or death. Previously, in 1999 and 2000, four people who had opposed the President disappeared without trace.

We call on the German Federal Government, the European Union and the OSCE to use all possible avenues to work towards the immediate release of those detained. Furthermore, the EU’s restrictive policy on visa-free travel for Belarusians must finally be abandoned. Those persecuted must be allowed to flee – everybody must be able to travel. Those affected in Belarus must no longer be held hostage by this dictator. At the same time, the perpetrators of these brutal acts of repression must be banned from entering the EU.
Unless the political prisoners are released and basic civil rights restored in the country, there must be no return to the policy of dialogue with the Lukashenko regime. Intergovernmental cooperation in the “Eastern Partnership” framework of the EU must be suspended and the disbursement of IMF loans halted until this is the case. The EU is Belarus’ most important trading partner; this gives it an effective means of exerting pressure on the dictator.
At the same time, everything possible must be done to improve the situation of those detained, bring about their release and support the independent NGOs in Belarus.

We call on the Federal Government and the European Commission to make available as soon as possible funds to support the Belarusian opposition.