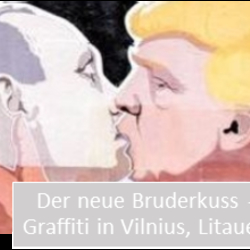 Openness, patience and firmness of purpose: in the fight for modern liberal democracy, this triad is our only hope.

With Donald Trump, an openly racist, sexist and unscrupulous populist has emerged as the victor in the race to the White House – unscathed by all the scandals, lies and empty promises, no matter how absurd. Hate and insults were his stylistic methods as he rode the anti-elitist mood. His lack of political experience was to become the unique selling point of the Trump brand as he positioned himself as the popular choice. “We are the movement; the establishment is up there, out of reach.”

This dangerous message is nothing new. It was this mood – in Italy, Germany and Spain – which sent 20th century Europe to the brink of the abyss. Then too, those who held the democratic system in contempt moved away from the margins and into the mainstream, penetrating to the very heart of middle-class society. The great Social Democrat Julius Leber described, full of despair, how the democratic forces of the Weimar Republic failed to find a language to resist the violence of the words and symbols of its enemies. The Jewish author Stefan Zweig sensed the impeding decline of European modernism long before hate plunged the world into all-out war.