Khodorkovsky Trial: legal nihilism in the court in Khamovniki 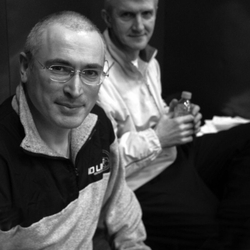 At the end of the proceedings in the trial of Mikhail Khodorkovsky and Platon Lebedev, Marieluise Beck, spokeswoman on policy towards Eastern Europe, has made the following statement:

The very legal nihilism which Medvedev vowed to fight before taking office can be seen in the court room in Khamovniki, where the proceedings are now being concluded in the second trial against Mikhail Khodorkovsk and Platon Lebedev. Many deficits in the rule of law can be seen in the trial; the fabricated charges themselves contradict elementary principles of logic. In other ways too, the principals of a fair trial have been flagrantly infringed: the court has failed to summon important witnesses for the defence. The defence has frequently been obstructed in its work.

The politically motivated judicial farce on display in Khamovniki reflects extremely poorly on Medvedev’s endeavours to achieve the rule of law in Russia. It is a fatal signal, including to Western investors. The law must not be used as an instrument of power. This is not acceptable, particularly in a country which is a member of the Council of Europe.

It is high time for the boards of German concerns which are doing good business in Russia, such as E.ON, Daimler, Siemens, RWE and Wintershall, to make crystal clear to President Medvedev and Prime Minister Putin that they see major obstacles to investing in a country where they cannot rely on legal proceedings being based on the rule of law. This message would undoubtedly be understood in the Kremlin.