Council of Europe: Debate on politically-motivated Abuses of the criminal Justice System 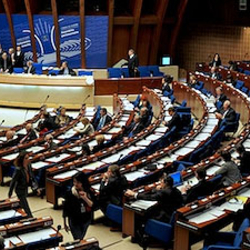 At it's 4th part of the 2009 Ordinary Session the Parliamentary Assembly of the Council of Europe hold a debate on the report of Sabine Leutheusser-Schnarrenberger on allegations of politically-motivated abuses of the criminal justice system in Council of Europe member states on September 30th. Please read an abstract of what Marieluise Beck said on behalf of the Alliance of Liberals and Democrats for Europe during the debate on the report here:

Mrs BECK (Germany) thanked the rapporteur for her detailed work. It had been wise to concentrate on a range of countries so that the report was not open to criticism that it was blind in one eye. Democracy had a number of different facets, but these undoubtedly included the rule of law and the independence of the judiciary. Problems did exist in Western Europe but the problems in Russia, such as political influence on the courts, were on a completely different scale.

Mr Khodorkovsky was in the dock after he had adopted western practices and been critical of Putin’s authoritarian style. The charges Khodorkovsky was facing were unjust. He stood for democracy, but in Russia democracy was merely a simulation.

Upon his election, the West had held high expectations for President Medvedev, as he had talked about the need to combat corruption. However, it was questionable whether there were any tangible signs of change. The Assembly needed carefully to monitor Khodorkovsky’s trial. There was a real danger that Russia could do its reputation great harm on this matter.

Please find here the report on politically-motivated abuses of the criminal justice system.